Tanzania is located on the east coast of Africa between Kenya and Mozambique. The mainland is dominated by a large central highland plateau, one covered with grasslands, plains and rolling hills. The Serengeti plain is a large geographical region that spans some 30,000 km2 (12,000 sq mi). The central plateau is bisected by the Great Rift Valley, a geological fault. 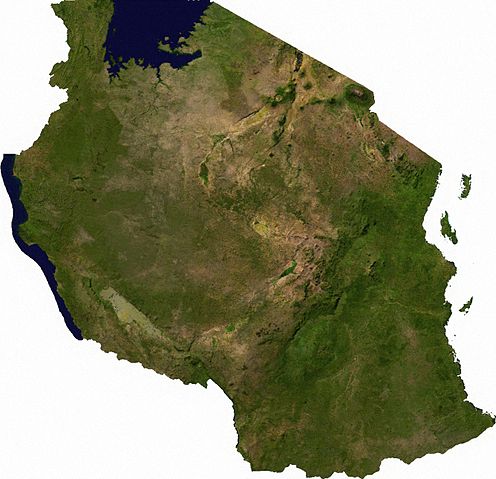 The rift is dotted with volcanoes, one of which is Mount Kilimanjaro (5,895 m/19,341 ft), Africa’s highest peak is located. On the country’s western border are two significant lakes, Lake Victoria and Lake Tanganyika. Off the eastern coast, in the Indian Ocean, is the Zanzibar archipelago. The coast supports a variety of environments including patches of coastal forest, mangrove swamps and coral reefs. 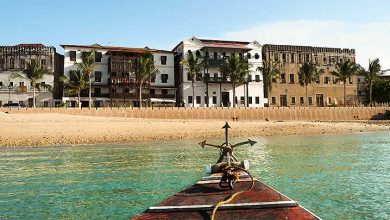