Kalambo Falls is said to be Africa’s second tallest free-leaping or single-drop waterfall (second to one of the tiers of Tugela Falls in South Africa) at 221m.

As a matter of fact, the Kalambo River defines the Tanzania-Zambia border all the way into the vast Lake Tanganyika, which itself is shared by a foursome of countries (i.e. Democratic Republic of Congo, Burundi, Zambia, and Tanzania).

The waterfall is in high flow in the May/June timeframe. But this depends on how much rainfall the region gets during its rainy season from January through April. The flow diminishes as the year progresses. Some of the locals we’ve spoken to said that around October or November, the falls probably won’t look impressive.

Though few visitors realise it, the Kalambo Falls are also one of the most important archaeological sites in southern Africa. Just above the falls, by the side of the river, is a site that appears to have been occupied throughout much of the Stone Age and early Iron Age. The earliest tools and other remains discovered there may be over 300,000 years old, including evidence for the use of fire.

For years Kalambo provided the earliest evidence of fire in sub-Saharan Africa – charred logs, ash and charcoal have been discovered amongst the lowest levels of remains. This was a tremendously important step for Stone-Age man as it enabled him to keep warm and cook food, as well as use fire to scare off aggressive animals. Burning areas of grass may even have helped him to hunt. However, more recent excavations of older sites in Africa have discovered evidence of the use of fire before the time when we believe that this site at Kalambo was occupied. 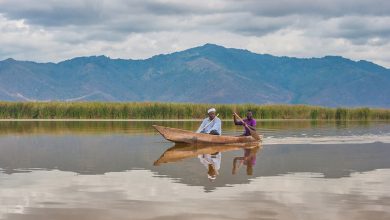 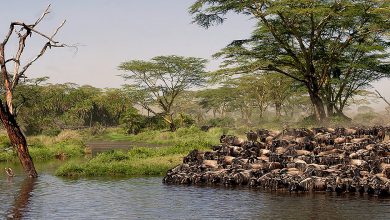 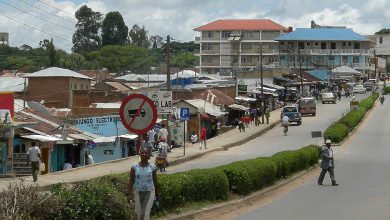