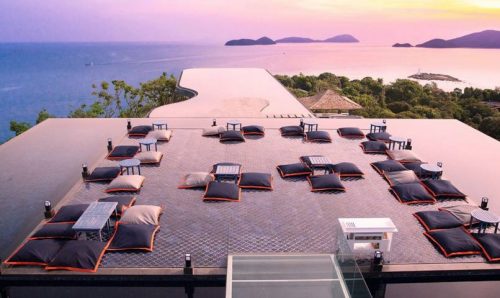 Phuket, Thailand, May 29, 2021 / TRAVELINDEX / Phuket’s travel and tourism industry is rallying ahead of the island’s re-opening on July 1 to international visitors who have been vaccinated in line with the Phuket Sandbox model.

The countdown has started and less than six weeks remain before the first international visitors arrive in Phuket, 15 months after the country was closed.

The industry is abuzz with anticipation after months of no business or relying on the domestic market. First responders are expected to be from traditional long-haul European markets – with the UK, France, Germany and Scandinavia leading the way.

“The plan is still on and July 1 is the date we will receive international travellers who have been vaccinated and who can stay in Phuket without quarantine,” said Phuket Tourist Association President Bhummikitti Ruktaengam. “We are on track with vaccinations in Phuket where we need to achieve a herd immunity of 70% of the population, which includes expats with work permits.”

Mr. Ruktaengam advised the travel industry to prepare their infrastructure, re-train staff and implement the new SHA Plus guidelines on health and safety for the imminent return of the European market. “Europe is a big market… there is strong demand for Q3 and Q4 already,” he said.

“What is clear is that Phuket hotels need to get ready, and get ready quickly,” said Delivering Asia Communications CEO David Johnson who is currently in Phuket working with the hospitality industry to prepare their re-opening campaigns focusing on Europe.

“It has been a tough 15 months but the light is at the end of the tunnel and visitors from Europe will return first,” he said. “What will be key is to not go back to offering the same thing. Hotels need to create new story narratives based on nature, culture and the destination itself using new distribution channels. The world has changed and it is important to respond to that. There’s new bucket lists to fulfill for travellers who have been locked down for so long dreaming of returning.”

In support of the hospitality sector in Phuket, Travelindex has confirmed the launch of its “Top 25 Restaurants Phuket” guide on July 1st, with the support of TAT Amazing Thailand. This restaurant guide on Phuket is part of the internationally acclaimed Top 25 Series published by Travelindex and will contribute to promote Phuket as a safe destination, in particular for gastronomy tourists.

Looking towards the year-end runway into the island’s core high-season marketplace, a consulting group weighs in “between 35-40% of travellers come from cold weather destination’s in Northern, Eastern and Western Europe.  As soon as the temperatures drop, the vaccinated snowbirds will inevitably lead the charge back to the sandbox beaches, and that’s a healthy base to start the recovery storyline.”