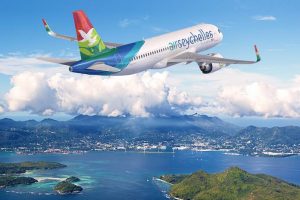 Victoria, Mahé (Seychelles) – December 11, 2019 (travelindex.com) – The end on year is upon us and with it the Seychelles Budget approved for 2020. Tourism will get what it has asked for and this was approved after a lengthy ‘question and answer’ session, but it was approved nevertheless. The performance by the island’s Tourism Board working hand in hand with the private sector trade will ‘deliver or will not deliver’ the tourism success level Seychelles is expecting. Bearing in mind that this industry remains the pillar of the island’s economy and any challenges will be felt very quickly by all who have invested in tourism or who are employed in tourism. The marketing budget divided by the average spent to deliver a passenger to the islands can now give an approximate figure on visitor arrivals for 2020. The ability for the Tourism Board to get to the tourism source markets, like a fisherman to a fishing bank, will ensure those working in the industry continue to have a secured employment, and everyone who has invested in that industry to make ends meet.

The Editor of International Investment news wire joined many Press Bodies in France to confirm that:- “France puts Bahamas and Seychelles on its tax haven blacklist”. This news has shocked the Seychellois Islanders, and as the Seychelles Government makes official representations to the French Government the business community has started to worry about the situation for corresponding banks to be able to continue the needed foreign transactions by the islands to take place. More challenges than answers as the islands relaxed its Offshore sector in 2017.

Zozibini Tunzi is Miss Universe 2019. She was crowned at the 68th edition of the Miss Universe competition that was held on December 8, 2019 at Tyler Perry Studios in Atlanta, Georgia, the United States.

it was Catriona Gray of the Philippines who crowned her successor Zozibini Tunzi of South Africa by the end of the event.

Congratulations to Miss Zozibini Tunzi and to South Africa for winning Miss Universe 2019.

COSAFA has sent their congratulations to former Seychelles referee Eddy Maillet, who has recently been appointed to a senior Confederation of African Football (CAF) position.

Maillet will take the reins as the CAF Director of Referees, having previously worked at a management level with the organisation.

The 52-year-old is another shining example of how COSAFA empowers players, coaches, match officials and administrators, who hone their skills in regional competitions before moving up to major events.

Maillet has an extensive record with the whistle, having refereed at the Africa Cup of Nations between 2004 and 2010, the 2009 FIFA Confederations Cup and 2010 FIFA World Cup. He also took charge of the CAF Confederation Cup finals in both 2008 and 2009.

“We are delighted that Eddy Maillet has been appointed to this senior position by CAF and we have every faith that he will represent our COSAFA region with distinction. We have produced some of the continent’s best ever referees and Eddy Maillet is certainly one of those. We are proud that our COSAFA match officials are constantly recognised for their quality,” says COSAFA President Dr Phillip Chiyangwa.

The head of Seychelles’ tennis governing body Fatime Kanté now sits on the International Tennis Federation’s gender equality committee which was created in 2017 to promote equal opportunities on and off the court.

The International Tennis Federation (ITF) first presented its gender equality strategy on the opening day of the 2018 ITF conference and annual general meeting in Orlando, Florida. The campaign which is based around five key themes is aimed at improving gender equality in all areas of the game to ensure tennis is a leading light for sport both on and off the field.

Firstly, there is empowerment, through which the ITF wants to create more opportunities for women to become leaders in sport. The Foundation of Global Sports Development has provided the ITF with a grant to fund the ‘Empowering Female Leaders’ programme. This will consist of workshops, education courses and professional development for women in leadership, officiating and coaching.

The second key theme is balance which ensures that everyone has an equal opportunity to take part and enjoy tennis. From the programmes and competitions on offer to the funding, training, earning potential, prominence and exposure, it’s important to provide balanced support for both genders.

Through culture, which is the third key theme, the ITF and member nations must build a culture that is inclusive and inspirational to ensure the sport is addressing and eliminating bias and discrimination at every level.

It is essential to look at work practices, the environment in which we operate and the way we communicate to develop an equal advantage sport.

Fourthly, there is value where women’s sport is seen as progressive and inspiring and audiences are growing. The theme of value looks to ensure that tennis is maximising women’s events from a fan, sponsorship and broadcast perspective.

The fifth and last key theme is voice and the theme centres on making sure that tennis speaks with one voice. The language used in the media can have a significant influence over the perceptions of the women’s game.

The ITF is committed to working with the international tennis media to find ‘One Voice’ for the male and female game which speaks to the value of both equally.

The new generation aircraft which forms part of the airlines plan to refresh its fleet, will generate unbeatable efficiency, lowest operating costs and will significantly reduce environmental footprint.

Equipped with 12 Business and 156 Economy Class seats, similarly to the current A320neo aircraft, the latest addition to the fleet will also be named after one of Seychelles critically endangered bird, as part of the airline’s commitment to raise awareness about the protection of the Seychelles ecosystem and its endemic species.

In addition to providing increased capacity across the airlines network, the newest acquisition will further improve the operational performance of the airline, allowing better schedule flexibility within the overall flight programme, especially when conducting the aircraft allocation plan according to a specific route, apart from standardizing the galley equipment on board the aircraft.

Remco Althuis, Chief Executive Officer of Air Seychelles said: “The delivery of the second A320neo aircraft, will complete an integral part of the Air Seychelles business transformation plan, related to the entire refresh of the airlines jet fleet. “Besides operating the most technologically advanced aircraft in the region, in 2020, Air Seychelles will also maintain the youngest fleet of modern aircraft in the Indian Ocean, thus positioning itself as the airline of choice in the region. “For the past three months, the overall on-time-performance of the current fleet has been operating at 83 per cent and by next year with the arrival of the second A320neo aircraft, we expect this performance to improve significantly.”

In August 2019, Air Seychelles became the first airline to take delivery and operate the first A320neo aircraft in Africa.

Following a successful three months of operation and having completed 298 flights, to date, the new aircraft has generated 20 per cent fuel savings on average per flight, with approximately 50 per cent reduced noise footprint and nitrogen oxides (N0x).

The Ritz-Carlton in Amman Appoints Tareq Derbas as General Manager

UNWTO, ONCE and ENAT Joint Efforts to Deliver Accessible Tourism for All